Now or never – a referendum and a film…

Over 20 years ago, as a student, I put this sticker onto a campervan. In the 1990s, Europe was really coming together, and the freedom to travel without borders inspired me on so many levels. In 1996, the van took me on a first trip to Scotland; some 15 years later, it helped me move there – freedom of movement and all that.

Almost 200,000 kilometres (and a new engine) later, there’s plenty of rust on the van, and I know its faults well. The European flag has taken a bit of a beating – but it is still there, and for all its faults, I still believe in the European Union! 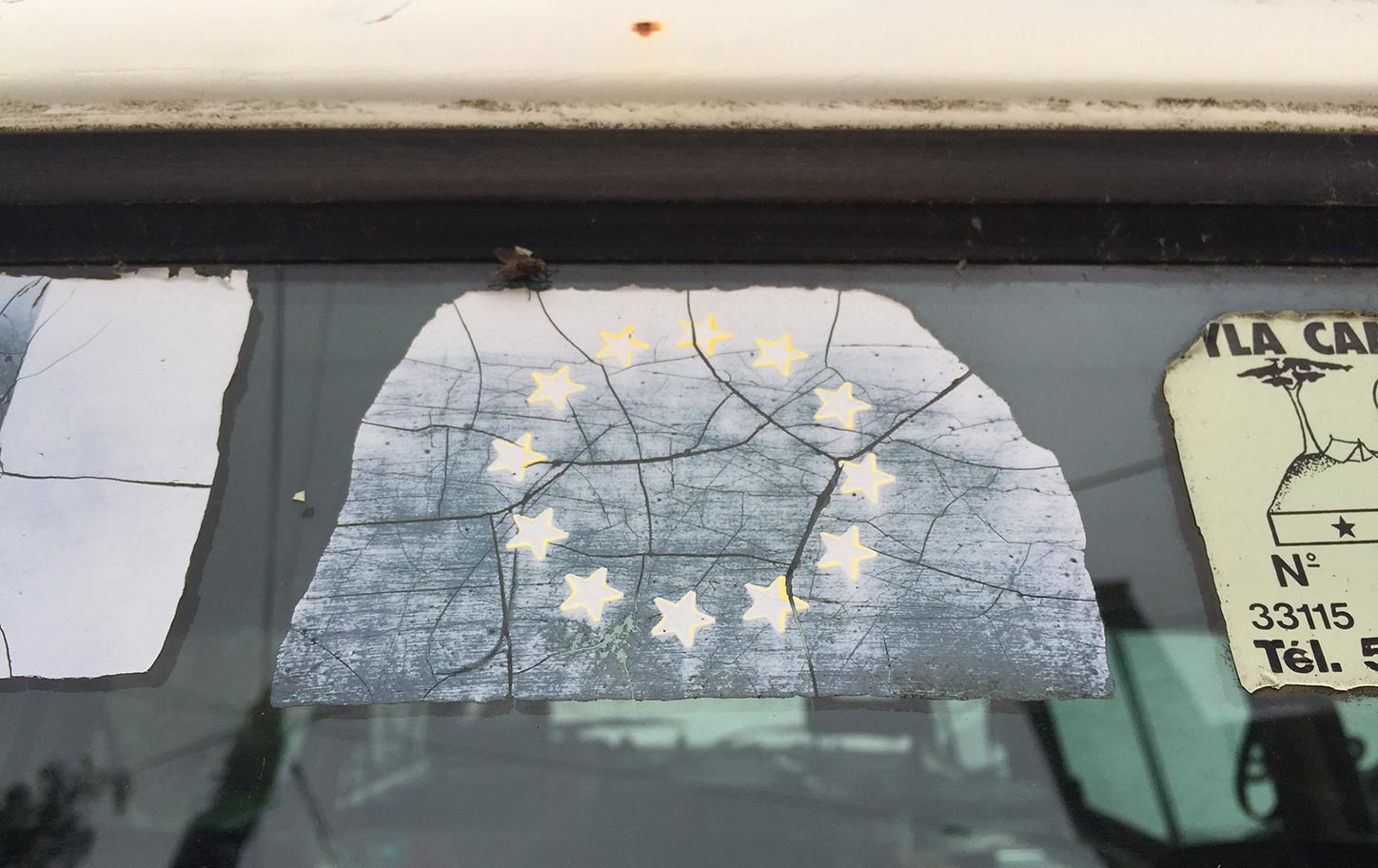 After the EU referendum, I really felt the need to write down my perspective. I called it a European Story from Scotland. Little did I know I had just written something that, over just one weekend, would be read almost 4,000 times, attract more than 1,000 likes and shares, and result in many supportive messages. My journalist friends may be smiling at such low numbers, but for my humble irregular blog on a small-business website, this outpouring of sympathy was unprecedented. It seems I may have hit a nerve.

While the Brexit picture still looks grim today, it's also becoming a bit clearer. Having watched yesterday’s statement by the Prime Minister in the House of Commons, it looks very unlikely that MPs there, even though they could still vote against Brexit, would do so against the will of their people. We also learnt that the Scottish Parliament could even refuse consent – but Westminster could either override such a decision or in turn refuse to grant another Scottish independence referendum. Earlier today, I was moved to see a standing ovation for Scotland in the European Parliament. In case you missed it, watch this:

There still is hope.

It is the prospect of a new referendum in Scotland that makes me write this post on the website of a certain film project that had been temporarily shelved after the previous, unsuccessful independence referendum. (My previous posts here may help explain this.)

The day before that referendum, I gave the project the working title And Then You Win – the last few words of a famous saying, quoted by the film’s participant Gillian Martin (now MSP!) on one of the prints she made for her art exhibition, Aye Inspired. But there was another reason for choosing this title: I genuinely believed that the women I had been following would actually win, against all the negativity. (Unsurprisingly, one of the scare stories was that an independent Scotland would not be able to continue its existing EU membership.)

I had no idea that I would have to wait another two or three years before my title of choice, And Then You Win, may start to make sense. In radically different circumstances, Scottish independence now looks more likely than ever.

But there are also plenty of lessons to be learned from that previous Yes campaign, as well as inspiration to be drawn. And this, I think, is exactly where my humble film project could finally get real meaning: framed in the context of the next vote to come, I’ll ask my protagonists to reflect on that unique time in history; why they gave of themselves for this cause; and what’s needed for them to succeed next time.

Of course, I need to be very careful I’m not turning this project into the ‘foreverfilming’ of a ‘neverendum’. As soon as we know what’s on the horizon, I’ll declare my own deadline and what’s needed to get us there.

Back in 2014, I was filming with Zara Gladman who, as Lady Alba, produced a video clip suggesting two possible options for waking up the day after the referendum. Her foresight was extraordinary, as this short excerpt shows:

The good news is that the less scary option may still be achievable.

Oh, and for that faded European flag – I just ordered a set of brand new stickers.

You can order your own stickers from this seller on eBay – and, more importantly, if you want to keep following my journey with this project, please do sign up for occasional updates here.